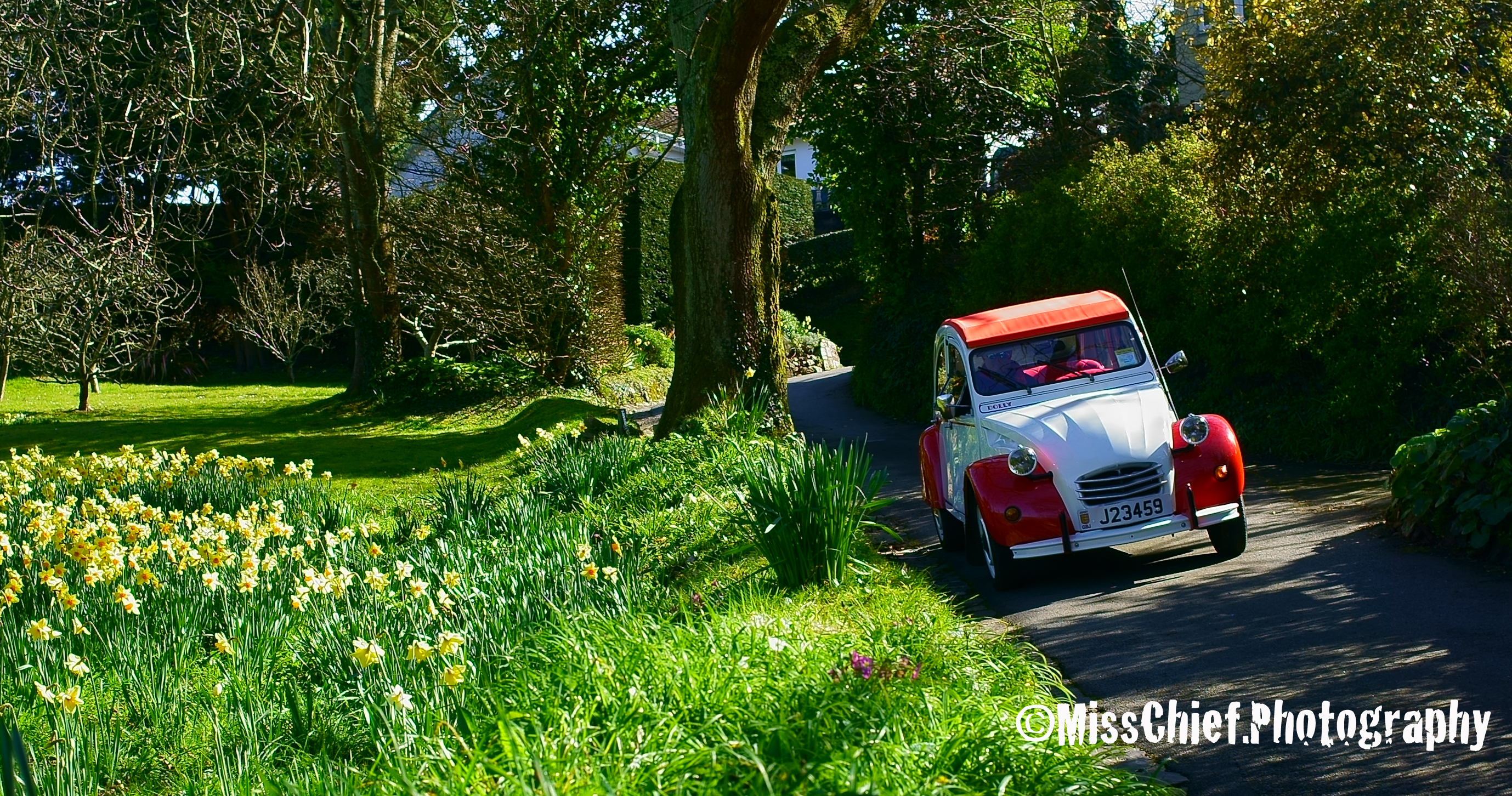 The right side of the road

Or is it the wrong side? Go figure, in France, they drive on the right, in the UK on the left. In Jersey, we are closer to France than the UK but somehow, over the centuries, Jersey ended siding with the UK (traitors) and adopt the driving on the left malarkey….  One problem though, someone forgot to tell its inhabitants or is that over the years they have forgotten which side is it legal to drive.

I would have an excuse to find myself on the other side of the road, as I’m a sexy french set of wheels but I always stick to my part of the road.  So pardon me for being more than a little scared (and yes,  if I had pants they would be a little smeared by now) when I see a big huge ugly 4×4 line jockeying in the middle of the road.

Look at me! I am small. light and dainty, a whole bunch of quirky cuteness bolted to my unique chassis, real French classiness … (Oh, and modest too I hear you say). I like to stay away from the busy main roads and use the network of smaller narrower lanes that show off Jersey’s beautiful country side.  These lanes were designed for cars just like me, so we could decorate the country side and make it even prettier. Now that there isn’t many cars like me left on the roads, I consider it my duty to go decorate the place 🙂 .

But my pleasure is marred by frequently having to break and swerve in the hedges to avoid vehicles far to big for the lanes. Snobby 4×4 driven by impeccably coiffed and manicured women (who by the way don’t seem to be able to locate their vehicle reversing gear) or trucks whose width are about as wide as the lane are increasingly going through the lanes at breakneck speed.  I wouldn’t mind the swerving too much if the lanes were lined by a nice grass bank (after all, I was also designed to drive on grass – clever little me 🙂 ) but, unfortunately lots and lots of them are made of stones… and I have to watch it, my paint work is expensive!!!

And not only do  I have to content with these eejits and their owners persisting in hogging the middle of the road or just driving straight at me, but they also do it at breakneck speed, and not the 15 or 20 mph that they should be doing on those lovely green lanes.

And if they are not careening towards me at the speed of light (or very close to, I am NOT exaggerating, honest!) they are trying to kiss my bumper… Hey, I know I got a sexy ass, but, please don’t touch what you can’t afford! Touch only when invited, consent is everything!!! and I don’t want some kind of one off encountered ramming me from behind, thank you!

And is there any honorary policeman/woman ready to jump from behind the bushes with their speed gun or to stop them tail gating? Oh no, they are of course nowhere to be seen when you want them!!!

I am now safely back under my canvas after a few hell raising encounters and am breathing a sight of relief, the little bundle of joy and quirkiness that I am will be ready for another drive soon (well after Murielle deigns to refill my tank as I am rather thirsty)