It’s the end of the summer

It’s finally arrived, the moment I have been waiting for the last 2 years, I persuaded Murielle & the other humans of the 2cv de Jersey club to host a camping week end in Jersey. It’s the middle of September, and the summer is over, but Jersey always has a lovely Indian summer, perfect for topless rides (Yes, I know I can be a hussy sometimes). 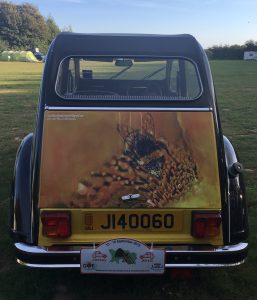 I am excited because I wanted to see my old flame, Elmer as I knew he would hypnotise his humans into coming over.  I refer to Elmer as my old flame, because I am far too gorgeous to be left hanging solo  for 2 years and lovely Elmer has been replaced as my paramour by the Gorgeous Buzz. What can I say, it would be a shame to let myself go to waste on the “unwanted” shelf since I have such fabulous curves….  And since we were going out on a week end date, Buzz made an effort and got dressed up with a Lyndsay Hort boot lid (I am so jealous, I hope I get one soon too).

I’m not posh, but I am a self-confessed snob, so I thought that when Murielle said she was glamping in a yurt (with a proper bed and electricity) and that she wasn’t actually camping, I assumed that she had planned shelter for me and Buzz too. Well I’ll have to remember never to assume anything again as this only make and ass of you u and me !  No dry shelter for us, oh no, we had to rough it up under the sky and put up with the dew covering us in the morning. It’s all right for Buzz who is used to outdoor living, but I have my own garage you know! I am not prepared to put up with this treatment! To punish her, she had to use the chamois leather to dry me up in the morning. Serve her right! All that before resuming her duties as one of the host of the week end.

Hostess with the mostest 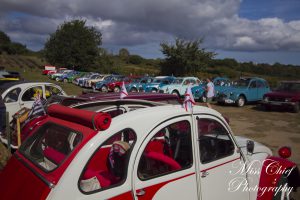 As part of the welcoming club, I took my role very seriously (for a while anyway) and once all cars had departed in a disorderly convoy led by my friends from the club; I bundled Murielle behind the driving wheel and took her to the lunchtime meeting point. I neatly parked myself near the entrance of the gardens so humans could see where to enter (they need a bit of help with these things sometimes). There were 49 of us beautiful, shiny tin snails on display whilst our humans were having a picnic at Reg’s who, I must say is  more than ok for a human, and his wife was very lovely too, she paid me so many compliments ! We’ll have to take our humans there again!

Lunch over, I raced ahead of the convoy to place myself  in the perfect position to photobomb when Murielle would take pictures of the cars coming down the Corbiere loop. After all, you need a photobomber in these events, where would the fun be otherwise?

All cars having passed by, (did you see me in the video?) I agreed to drive Murielle to Grosnez in preparation for the arrival of the convoy. But shock horror, the car park was choker, buses, cars, motorbikes, you name it, it was there! How dared they?  Didn’t they know we were planning to use the car park for a special picture? I bet this was done on purpose, and no amount of growling helped either, as soon as I managed to scare one car away, 2 arrived to take its place. I was so disappointed!  Murielle redirected the cars to the entrance of the road, by the racecourse for the drone picture. 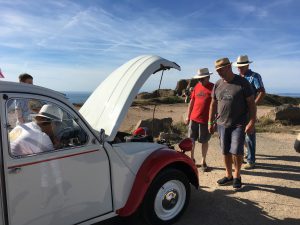 Once all the cars had been redirected, (except a few whose humans had decided to go and investigate the ruins of the castle), Murielle decided she would let me re-join the pack for the picture. (Well I am the prettiest of them all so they can’t have a group picture without me gracing them with my  presence). I,  however, was starting to feel a bit left out and getting fed up of all the attention Murielle was lavishing on the other cars. I needed to get the spot light back on ME ! I turned myself into a man trap ! All I had to do was jam my key in the ignition on the starter motor position and refuse to release it….. You should have seen the panic on Murielle’s face, it was hilarious! She was forced to do her best Miss Penelope Pittstop impersonation… She got out of the car and said “Help, I’m in trouble’ (yes I am trouble). And, all the men congregated round me to look at my innards…. I managed to catch and entrance 4 of them and I have photo evidence!!! Eventually,  she was rescued by Ian who fiddled with my wiring and provided a hot wiring kit to start me up. 15 minutes later I was back to purring mode after being hot wired.

I did take part in the drone pic, can you spot me? but this is where my week end adventure finished, I was taken back to the garage, as punishment and didn’t get to spend another night with Buzz under the stars…. 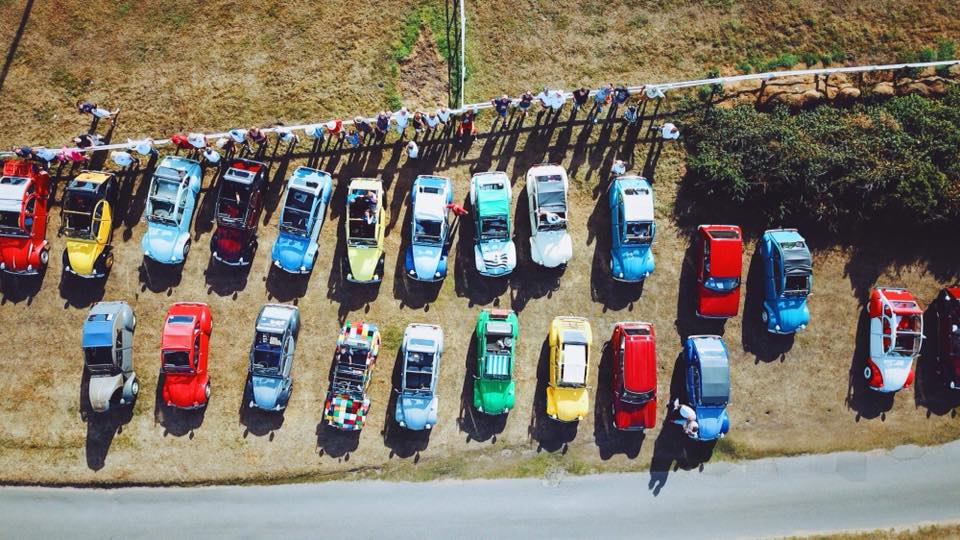 I’m still gorgeous though, and you wouldn’t want me any other ways ! 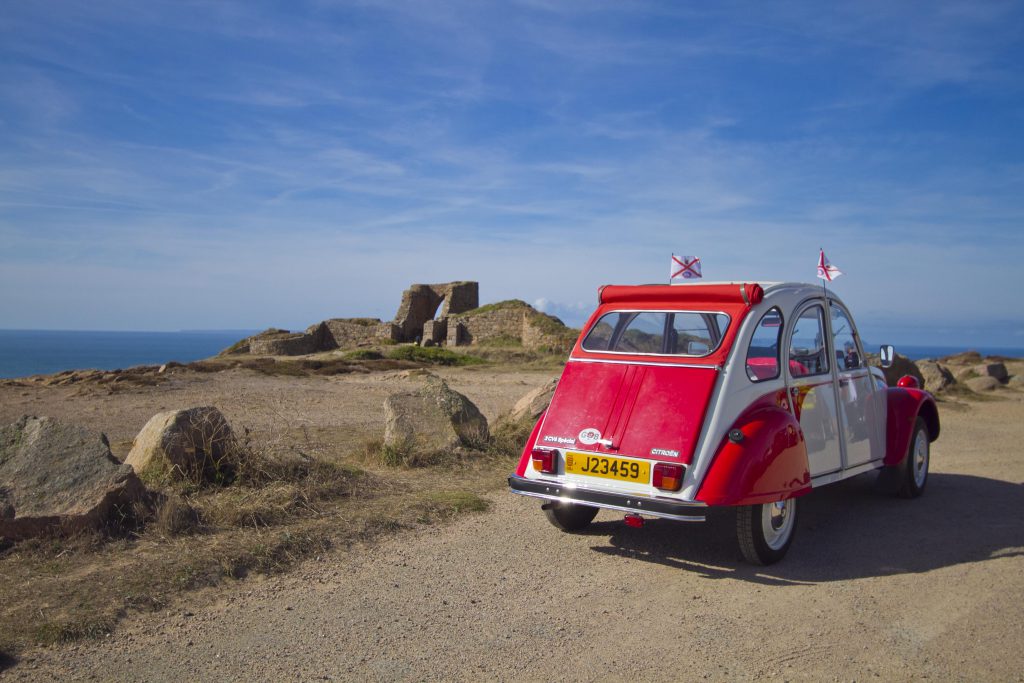