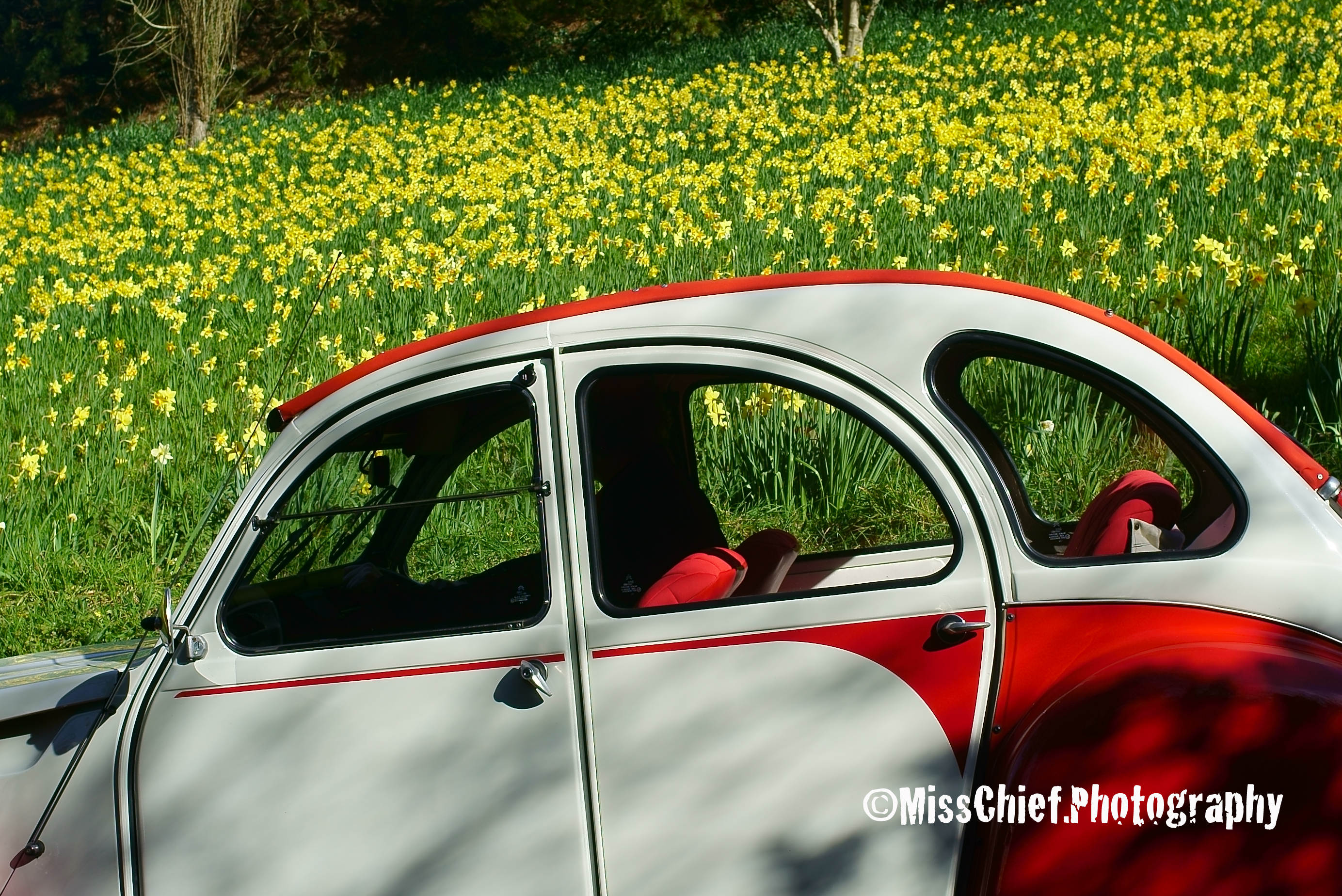 It’s Good Friday, and it’s sunny, I have been out a couple of times this week as the weather seems to be drying up at last !!!

Murielle had a bee in her Easter bonnet, she has been scouring the countryside to find a place with lots of daffodils to show off my loveliness! She even had scouts looking for locations for her. 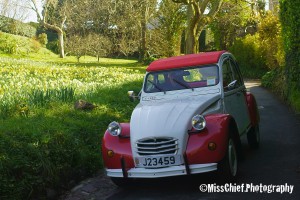 Finally she got a tip from a work colleagues that there was a lovely valley covered with Daffodils north of the island… She discussed the plan with Chris as he is the the person with an inbuilt compass that knows most of the Jersey’s nooks and crannies. and after lunch, I was loaded up with the camera bag, a driver (Chris) and a copilot/photographer (Murielle).

Just as we were about to attack the esplanade dual carriage way, i spotted one of my sister, a green and white dolly, I hiccuped a bit to signal my humans and they dutifully waved at my sister and her occupants. 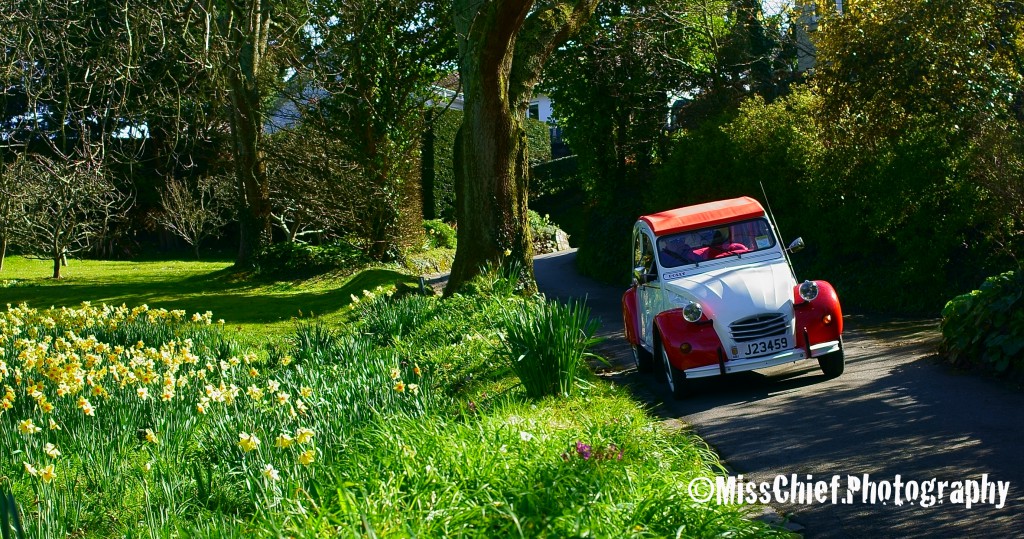 Once on the north side of the island, we strolled down the roads, and as usual, my good looks and shiny paint attracted a lot of smiles and waves from walkers.  I got my humans so well trained now, I don’t have to remind them to wave, they do it on their own 🙂 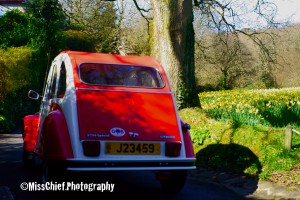 rrival at the site, Murielle bailed out and started to take photos, she started with my backside (what the hell was she thinking of ?!?) when everyone knows my front is much prettier! 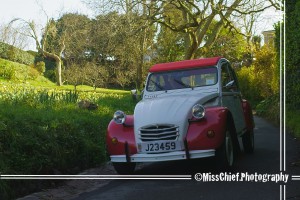 She then walked a few meters in front of me and hand signaled to Chris where she wanted me to be…. As if i wasn’t capable to position myself so my best profile is on the picture !  This time, as the road wasn’t busy, she had a little more time before she had to jump back in due to traffic.

Then my humans decided to go on the hunt for the Easter rabbit. Usually, the fields are full of the little furry criters and Murielle & Chris had heard a rumor that the Easter Rabbit was on the run.

So off we went …. through as many green lanes as possible, as the speed limit on green lanes is only 15mph,  I took my time and helped them look for the rabbit.

I found a pheasant, a few cyclists, lots of walkers and some horse riding humans. But could we find a white rabbit with a flashy waistcoat and a lot of chocolate eggs? Nope, not a fully rabbit in sight…. So after scouring the countryside up and down for a few hours, I finally brought my disappointed humans home. But at least they had the pleasure of nice long ride in the awesomeness that is me 🙂 🙂 🙂 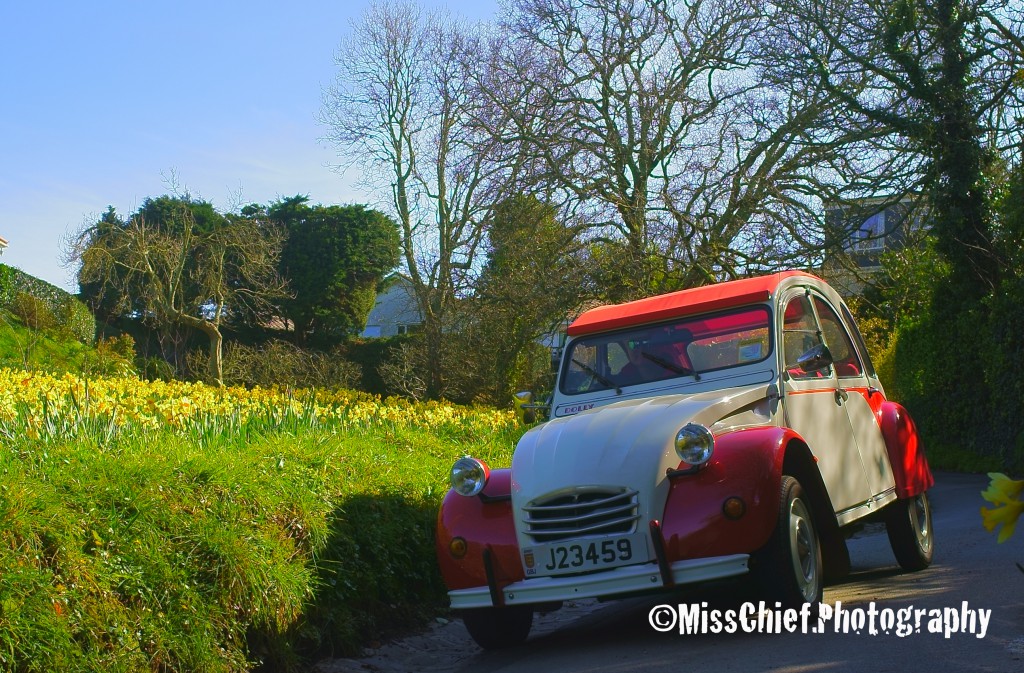