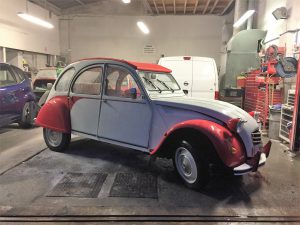 3 weeks ago I checked in at the Accident Repair Centre, in Hansford Lane for a little bit of TLC, I thought a little pampering, a light cosmetic surgery to get rid of the odd rust bubble would do the trick and that I would feel rejuvenated…  So I programmed Murielle to drop me off and leave me there. I was quite looking forward to my pampering session.

Not Quite what I expected…

Well, hello….  a team of lovely men to look after me, I’m not shy so I let them strip me…. Murielle had taken some time to show Spencer all the bits she thought needed attention, well we all know she knows nothing about cars don’t we? Spencer had marked me up with masking tape, before she left. They started looking at me and discovered that I had a few tricks up my sleeve. Well I’m not mutton dressed as lamb, but I’ve had a few nips & tucks in the past. Most of them were from DYI enthusiasts who made me look good but didn’t quite do things the right way.

As the guys of the body-shop peeled away my layers, they discovered all sort of stuff, fibreglass fillings that were falling apart, allowing rust to sneak in and eat away at my lovely metal frame 😟. Spencer phoned Murielle, I told him to go ahead but he insisted on talking to Murielle, probably because she was holding the purse strings…  She gave approval for the additional repairs and to do what was needed.

Much rust was discovered, and I now have a new front right wing, freshly painted, the left one will have to be done in a few years… My new wing is an original, that was ordered through 2cv city as ECAS were refusing to send one, I guess now Murielle & Chris have signed on a new supplier, so my trip to the hospital benefited someone! 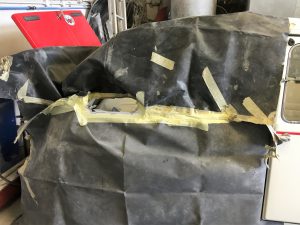 Because I’d been stripped bare, and left shivering in the garage, Spencer and his team covered me with thick heavy blankets whilst they were doing their work, cutting here and there and welding, (that bit was rather sparkly) new pieces of metal to my body. I was a little worried that I would end up looking like Robot-cop but, I shouldn’t have been. Here is a list of what was done to me (if I forget anything, I’m sure someone will comment to add the rest): 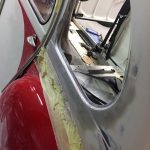 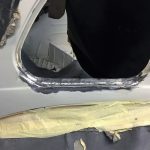 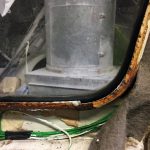 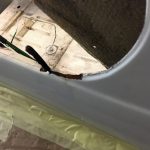 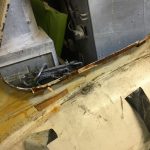 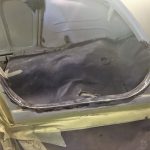 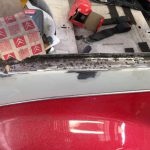 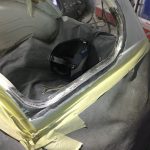 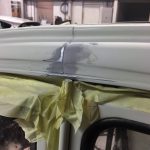 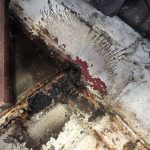 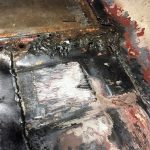 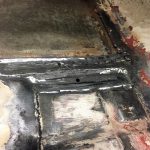 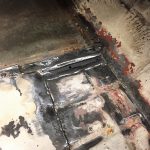 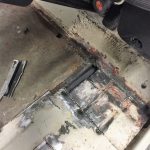 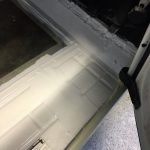 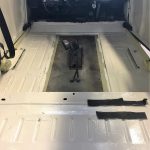 Spencer kindly took lots of pictures of the discoveries he made on my body work as he was going along so I have lots to share with you. 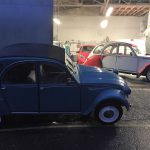 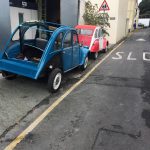 Half way through my stay, which turned out to be longer than I was expecting, I was joined by a lovely blue 2cv who had recently arrived in Jersey and had the misfortune to get into an argument with a bully that scraped one of its wings….  Not nice! Oh well, nice to have someone to chat too for a while.

The  day finally came when Murielle received the email to pick me up, she must have missed me because she was waiting outside for the garage to open before 7:30 am on her day off !!! Apparently I was worth sacrificing a lie-in with a good book, I feel valued ! On the way home I learnt that I missed out on the club run who had happened on Sunday, gutted, I’m usually the belle of the pack !!! I know the others look good too, but …. I’m the best 😍 ! I nearly stalled to show how cross I was…  Apparently, I was missed, so thank you to all 2cv drivers who asked after my health, I will be there for the Christmas run, decorations and all!  Especially now that I am looking a lot younger than my age, I and am so shiny that you can see your reflection on me!

Oh and I nearly forgot to mention, I also have brand new red interior panels which are to die for !

Mirror mirror on the wall… who is the fairest of all??? 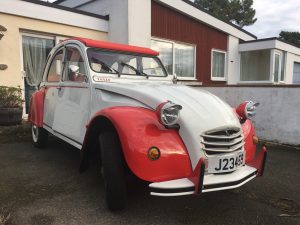 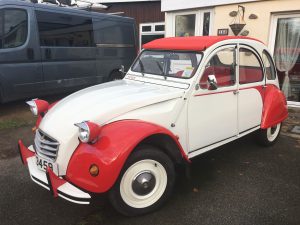