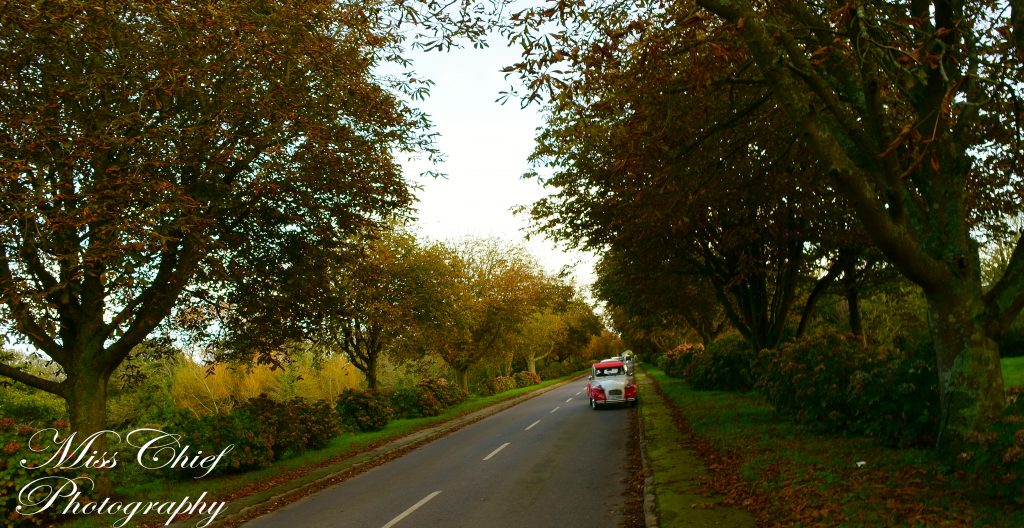 It’s Sunday afternoon, and the sun is shining, so it’s time for my weekly run. Murielle persuaded Chris to drive as she wanted to jump in an out of her seat to take pictures. 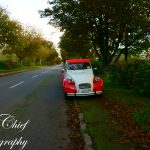 They set off towards Hydrangea avenue (St Ouen) as they had noticed last week the colours changing in the trees.  Arrived at destination, Chris pressed the eject button and off she sprang out of the car, camera in hands. He then quickly drove off, chuckling and thinking about not turning round as planned and leaving her stranded on the side of the road. Lets face it, she could do with the exercise of walking home!

But no, he just went to the end of the road and turned back, stopping to let the traffic pass me a couple of time hoping to be able to have my picture taken without any cars passing by. But darn it, the road was busy today. One little bit of sunshine and the whole island migrates West!

I had to pull on the side of the road to get my picture taken, not what was intended but it’ll do I suppose. Photo taken, time to move on and stop annoying other road users… We took some very narrow and bendy back road to go back down the bay, paths that even Chris had never traveled before.  No point talking about Murielle as she only knows the main road (and barely at that), you’d think that in the 30 years she has lived on this island, she would have covered all the back roads by now… but oh no, she prefers to play it safe!

After the five mile road, a quick loop round Corbiere to see if the ice cream van was hiding there… The humans were disappointed, they didn’t get an ice cream today. I was preparing myself for their tantrum, but they behaved so I couldn’t throw them about in bends to calm them dowm, disappointing really! 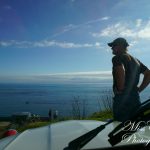 After Corbiere, a quick stop at Noirmont where I relented and let them out to stretch their legs. To be honest, I wanted to admire the view on my own, in peace & quiet, so they might as well go out for 5 minutes and fill up on their much needed vitamin D. 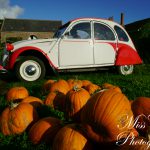 Murielle had spotted a patch of pumpkins for sale outside Warren’s farm so on the way back, she asked me to pull up so she took take the camera out one last time before taking me home.  I was in no rush to get back as I was enjoying the sunshine so I was glad to oblige.

I finally decided it was time to go home and drove my 2 humans home via St Brelade bay to make the drive a tad longer, after all I need to look after myself and recharge my battery whenever I can since I am not used every day!