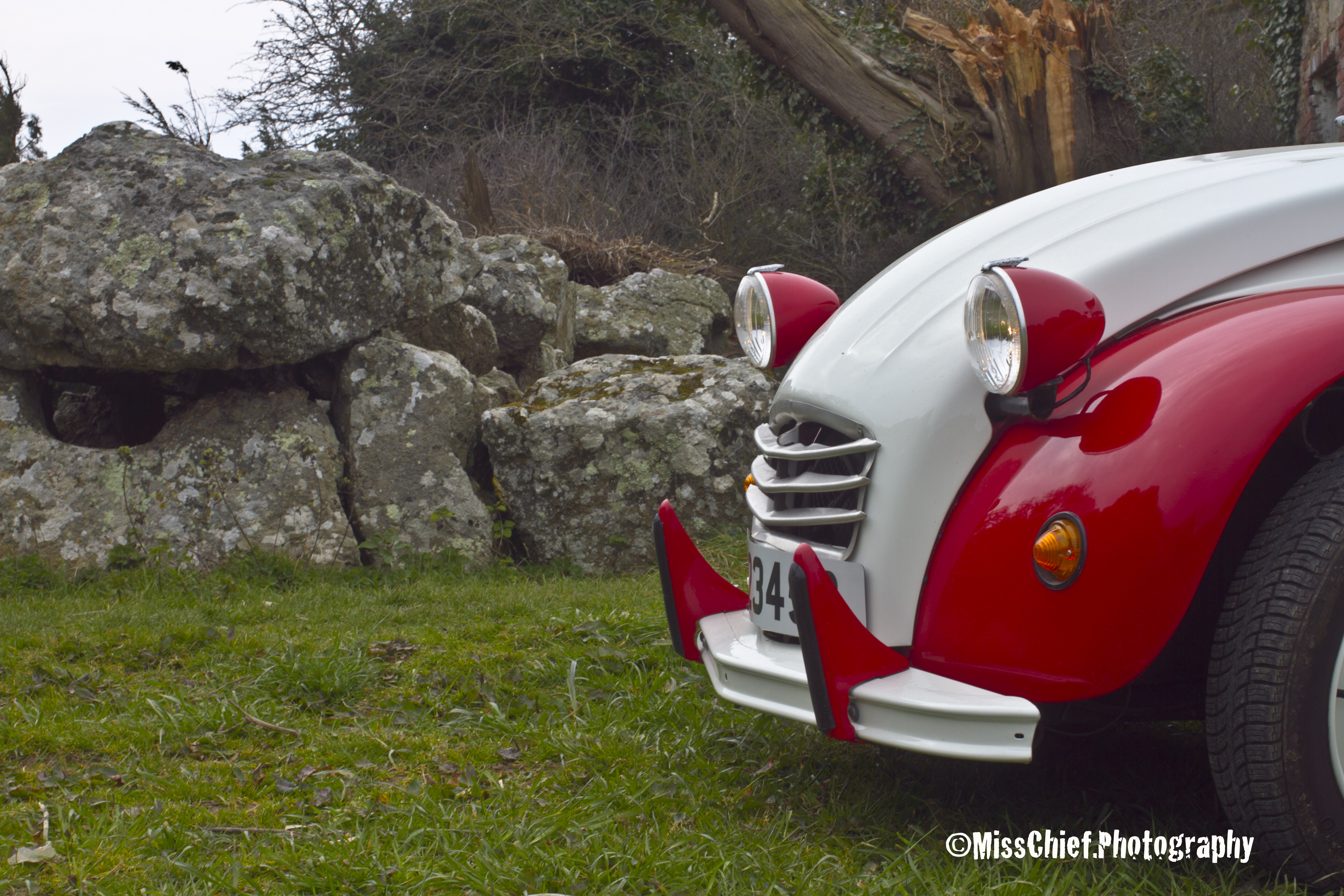 It’s been sunny all morning and I’ve been stuck at home under my canopy whilst my owners went gallivanting in town… I felt very neglected indeed. And then when they came back, they kicked me out from under my shelter and put me out on the street! I could not believe it, I didn’t even get to go on the driveway, they left me on the street, next to the pavement, for a whole hour !!! Unbelievable…

Well, The driveway was full with the van and Chris’ work car but at least he could have put the car on the road to make a space for me. All that to get under the shelter and tighten the canvas that had become floppy following the onslaught of storm Katie. Since the rope that was holding the canvas to the frame had broken, Chris was going to thread a new rope through when Murielle suggested using cable ties, and they did the trick… Never mind what they do with cable ties in 50 shades of Grey, Murielle has found a better use for them. I am starting to think my human might have some of her brain cells working after all.

Since I was on the street, they decided to take me for a drive, and combine that with a photography expedition as Murielle had heard that storm Katie had brought down the massive tree that was guarding the dolmen at Le Saie harbour and wanted to snap the massacre before it got cleared away. I did feel a little for her as this is one of her favourite places in the island and she had taken pictures of that tree before.

So off to the other side of the island we went, ID papers in the bag ( I think they were worried there may be checkpoint between the parishes), camera around the neck (making them look like Japanese tourists). Chris drove and took the scenic route through the country roads, I love it when he does that as he takes me places I’ve never been before! 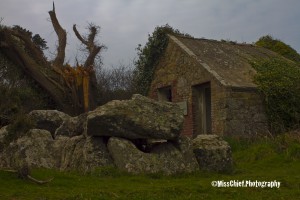 I got slightly worried though when we turned left into Le Scez road, as the road was very narrow, very very steep an extremely bendy, it looked like a shoe lace, but down I went anyway…. Chris stopped me on the car park, at the end of the road, my backside to a field and facing the sea, what a beautiful view. The wind had made white horses appear on the waves and some fishermen were trying to land in some fish. 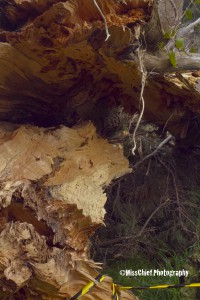 Murielle and Chris went to investigate the fallen tree and left me there with the other strange cars that were parked there, I believe they think that I am a snob and they try to make me socialise with the common vehicles… As if I am going to do that!

Sensing my discomfort, they came back to pick me up and reversed me all the way to the dolmen so that Murielle could snap a few shots of me with a decent background. I was so pleased to be made a fuss of that I switched my light on (makes me look better in the picture). 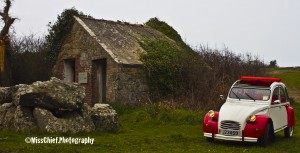 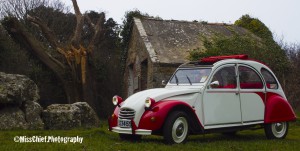 After this little interlude, it was time to go back up, well, that was hard work, second gear half way up and then in the really bendy laces, fist gear, I was trying my best and arrived at the top out of breath! They are putting me through my paces, I’m not sure if they think I’m getting too fat wintering under cover 🙁

I thought that was it and we would go home but oh no! They had other ideas, and I was turned into another steep, downhill road, although this time less bendy to go down to La Coupe. Again I stopped on the small car park at the end of the road, but no nice view for me this time, I was left there whilst Chris & Murielle took the footpath to investigate the pebbled beach and then went up, to see the vestige of a world war II look out building. Don’t mind me I’ll just wait here for you, with no company to talk to! I think I need to re-train Murielle & Chris, their care is slipping! 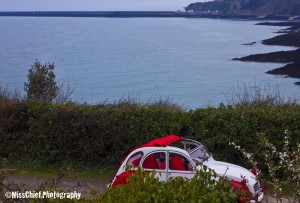 Finally they decided to take me home, they took their time though as they went through the back road, passing cyclists, pedestrians and horse riders… The prankish side of me wanted to hoot and see the horses reactions, but  I restrained myself as I heard that that year a horse retaliated and sat on the bonnet of the car that had startled it. And, I am not sure that i’d like a horse bottom imprint feature on my bonnet!

Oh well I’m back in my tent now, waiting for my next outing…